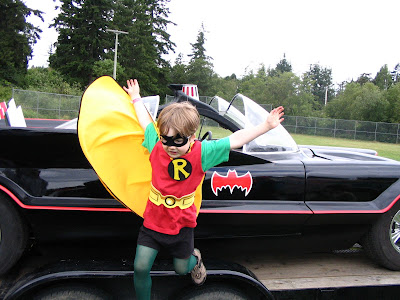 Recently, I blogged about my 4 year-old’s first case of heart break. It had to do with the departure of his best friend, Louis, as he left daycare to start kindergarten. I was amazed by my son’s level of both understanding and acceptance, fully imbued with genuine sadness.

Connor and Louis had their first post-break-up play date a while back. As we waived goodbye to Louis while pulling out of his driveway, Connor began to weep and wail like a Southern Baptist at a revival …so much for acceptance.

What I loved about the day, however, was how the two boys reunited like long lost soul mates. Connor hopped up and down with excitement as Louis bounced up the sidewalk to our house. The two hugged with such vigor and genuine delight. Then, like all best buddies, they played and talked like they’d never been apart.

This time, however, there was something new to their play routine.

In the middle of playing wolf-hikers or any one of their other made up games, Connor would suddenly proclaim, “I love you, Louis.” Louis would reply, “I love you too, Connor.” Over the course of the day, this exchange took place numerous times, sometimes initiated by Connor, sometimes by Louis. Each time it was said very matter-of-factly.

Needless to say, both my wife and I were on the verge of tears each time we heard this. It was another beautiful example of how our children are still so unspoiled at that age.

I pray he never loses that ease with which he told his dearest friend, “I love you.” My heart already breaks for the first time someone makes fun of him or teases him for expressing himself so purely. But just maybe, as I try to build his self esteem by reinforcing that he is most loved and valued just for being him, those future barbs will bounce of him like bullets off of Superman.

I can always hope.
Posted by Cameron Phillips at 5:36 PM 4 comments: