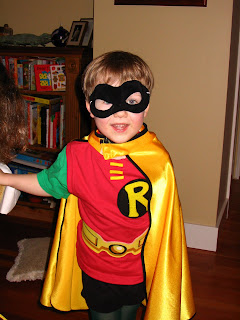 I had my 41st birthday over the weekend. It beat the hell out of my 40th, if only for the simple fact that I wasn’t in the hospital getting shot up with meds due to severe back spasms.

After having a great sleep in and a yummy breakfast, we spent a sunny Vancouver spring afternoon at one of my favourite childhood (and adult) places, Stanley Park. We had a great picnic and I opened my gifts. My 4 year old gave me a pillow case with hearts that he had sewn (you can imagine my response) while my wife gave me a DVD of the Superfriends (from season 1—1973—without those lame wonder twins.) This has to be my all-time favourite Saturday morning cartoon and my 4 year old was as eager as I to watch it.

We then went to “How to Train Your Dragon.” I don’t know which was more fun—watching the movie, or watching my suddenly Elton-John look alike son in his 3-D glasses, mouth agape, taking in the movie.

After we got home, we had a yummy dinner, some cake, and then…the Superfriends! I was totally taken back to my childhood. I could remember things just before they happened, and was floored that my aging memory was suddenly so vibrant.

The next day, I was doing a little yard work, including over-seeding some bare patches on the lawn. As usual, Connor was there, rake and gardening tools in hand. It was a beautiful spring day—not hot—but one where you felt like summer isn’t that far off. I got the sprinkler out to water the new seed. Before I could even turn it on, my son was jumping up and down shouting, “Let’s run through the sprinkler, Daddy!” I was about to say, ‘It’s a bit too cold, Connor” when I looked at his giddy, beaming face. How could I deflate that?

We spent the next ten minutes running and laughing until we were both looking like a couple of drowned rats.

This was truly a weekend of letting my son do what kids do best—giving us an excuse to act like kids and to embrace play. I used to joke with people before I became a dad that I needed to have kids so I could have a legitimate excuse to watch Sesame Street again.

Our kids give us permission—actually, they entice us—to experience the light heartedness and pure joy of play.

Jump at it, any chance you can.
Posted by Cameron Phillips at 4:40 PM