I am the Gatekeeper... 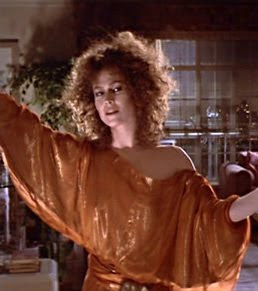 I’ve written a lot about what you can do to deepen the bond and make the most of your time with your child. Despite your best intentions, however, there can still be barriers—sometimes within your own family.

No matter how “enlightened” we might be when it comes to our attitudes about traditional gender roles many men still define their primary role as that of breadwinner. For many men, losing a job isn’t just a financial hardship; it is failure to carry out the one function that society expects from us as fathers.

I think a similar situation arises for many women when it comes to parenting. No matter how successful a woman might be in the professional world, many women feel like society still judges her by how good a mother she is. “Abandoning” the family in pursuit of a career can cause feelings of guilt. When that feeling becomes too prevalent, the end result can be something called “gatekeeping.”

A maternal gatekeeper is someone who, at the same time, wants a greater sharing of child raising and domestic responsibilities, but who can’t give up control at home. It can be subtle, like always taking the crying baby out of dad’s arms. Or it can be overt, like demeaning dad for the way he dresses his child. The end result is often that the father becomes disengaged and the mother further resents her uninvolved husband.

By no means is every mother a gatekeeper. Likewise, gatekeeping is not uniquely the domain of women (just ask my wife, who has given up on loading the dishwasher since I just reload it anyway.)

If this is an issue within your family, it needs to be talked about. Before you approach the subject, however, realize that your partner is not gatekeeping to be mean. She may be feeling threatened or dealing with her own self-worth issues.  Or maybe you really are just crappy at vaccuuming.  Either way, it needs to be discussed in a sane and rational manner.

Begin any conversation about gatekeeping by expressing your gratitude for all that she does for your family. Then you have to let her know that her behavior is having a negative effect on the family. You can remind her that we all respond much better to praise than criticism, and that by overseeing your parenting, she is making you feel more like a helper than a partner. You can also offer to make an effort to do things in her particular way in one or two areas that are of vital importance to her, but remind her that she has to give you some latitude to do things your way. As my friend and author Hogan Hilling says, “Focus on what your husband is doing, not how he’s doing it.” Lastly, if she can’t see the effect her behaviour is having on the family, consider marital counseling.

As for "giving up" on your fatherly duties because she’s just going to criticize you? It’s a cop-out. If the boss came into your office and told you he didn’t like a few aspects of your report, you wouldn’t throw your arms up in the air and storm out of the room shouting, “Fine, you do it!”

Anything that is getting in the way of you being the best, most involved father you can be needs to be addressed, not only for your kids sake, but for your own.
Posted by Cameron Phillips at 4:54 PM