The Power of Traditional Gender Roles 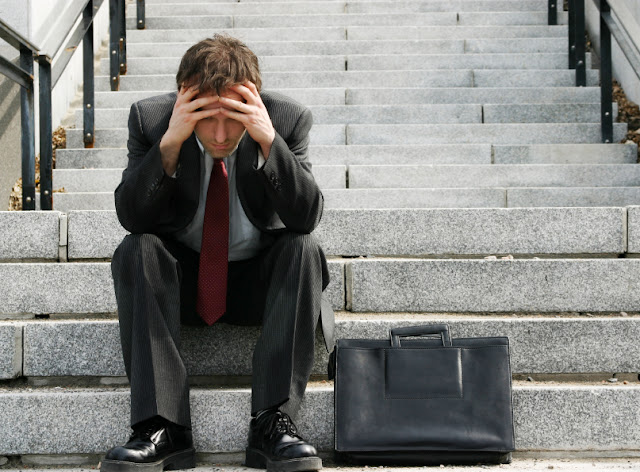 I had an essay air on the Canadian Broadcasting Corporation's radio program, "The Sunday Edition."  It was originally scheduled to air on Father's Day, but wound up getting bumped.   If you want to listen to it, it's in the last five minutes of hour two.

If you wish to avoid the effort, I'm posting the essay below.  It deals with my own struggles in battling what can be the powerful forces of traditional gender roles.  I'm not saying this is true of everyone, but I think it is true of a very significant number of us--men and women--mothers and fathers.

This essay alarmed my family a great deal.  Please know that I don't need to talked off a ledge or anything. The depression has long since lifted and has turned to inspiration. It is this experience which was the motivation behind creating my company, Bettermen Solutions where I show businesses how they can thrive by learning to champion fatherhood.

Everything happens for a reason.

I’ve never been one to care about money. I’ve toiled as a freelancer in one form or another since my early twenties and I’ve always preferred the question, “What sorts of experiences are you having?” over “What sort of experience do you have?” Earning more than I needed to survive was simply an indulgence.


Until I became a father.

It was shortly before getting married that I first began to feel the responsibility. “You have to start earning more money,” said a friend of my fianceé. “That’s what husbands are supposed to do.” I was taken aback by her antiquated comment. Nonetheless, I recognized that raising a family meant a new financial reality.

I began to focus more on building a “career” and not just having a series of jobs. I was still determined to do what I loved to do; I just had to find a way to earn a decent living doing it.

“Congratulations, you got the job!”

I found out I was going to be a father and that I had landed a dream job in the same week. Everything was falling into place. We could now start planning renovations on the little tear down we’d bought, and my ascendancy to adulthood would be complete.

When my son was born, my heart opened in ways I never knew possible. I worked hard at being a good father. I resented any comments that smacked of gender superiority when it came to parenting. I was just as at home knee-deep in dirty diapers as any mother has ever been.

I loved my new job, but I also envied my wife for getting to spend all day with our son. It was always assumed she would take the parental leave. Not only because I was much newer in my career but because like the many women who earn 70 cents for every man dollar, my wife earned less than I did. With the added cost of a new baby and renovations going well over budget, I was grateful that the work I loved could provide security for my family.

And, then, it was a year later.

“You’re fired!”
The news devastated me. I felt like a complete failure.

I hid my pain like a good alcoholic can hide his drinking.

“What a great experience it was,” I grinned when people sympathized. “Totally worth it.”

I tried to find the bright side and convey it to others. “I get to spend more time with my son,” I’d boast. “And I’m looking forward to supporting my wife now that she’s back at work.”

Little did they know that, on most days, my wife came home to a messy house, an empty fridge and a shell of a man.

She valiantly tried to hide her mounting frustration with my ineptitude, but that only made me feel smaller. I knew I was disappointing her. I was depressed and withdrawn. The incredible shrinking husband. I was lost.

Time spent with my son was my only sanctuary. But even that would come crashing down. “Sure, he loves me now,” I’d say to myself, “but what would he think of me if he really knew I was a failure?” I felt like a fraud… like some glad-handing shuckster trying to pedal snake oil to my own son.

I used to feel so virtuous. I’d walk through the door after work and offer to start cooking dinner. On weekend mornings, I’d strap my son in the Snuggli while my wife was snug in bed, getting some well-deserved sleep.

But it’s easy to be virtuous when you are making eighty five thousand a year.

Was that it? Was this all about money?

I was taken aback by my own reaction. Me? Involved father and husband reduced to catatonic bystander when it came to work around the house. Me? The man who was not ashamed to leap about in a giant flour sack for $8 an hour only a few years earlier was feeling totally powerless for not making any money.

In my mind, I wasn’t a failure for losing a job. I was a failure because I was no longer able to fulfill the primary function that people still expect from fathers. Without that role, I felt useless to my family. I was left to flounder in the dark…emasculated…impotent. Maybe my wife’s old-school friend’s way of thinking was more pervasive than I thought. Men really are first and foremost regarded as financial providers.

Now you can disagree with me…and I can tell you to piss off. Lord knows that’s what I wanted to say to a few women to whom I made the grievous error of opening up.

When I talked about how my depression stemmed from failing to live up to society’s expectations of the male breadwinner, I don’t know what I was expecting. But I sure as hell wasn’t looking for abuse.

“Put your club down and act like a man”

“Cry me a river. Try being a woman – you have to earn the money AND do everything else!”

The feminists who told me to quit my whining failed to see the irony: we are fighting the same battle. Remember that 70 cents per dollar? It tells me my place is at the office, bringing home the bacon, just as much as it tells a woman her place is at home. The cultural forces that still want to define women by their mothering skills are symbiotic with those which make a man judge himself by his salary. It’s all part of the same equation, isn’t it? Or I am I just delusional?

Prior to losing my job, I had known there were still forces at work promoting adherence to outmoded gender roles. I just thought I was above that.

Even now… . Even now, after identifying the power of traditional expectations. Even now, when I am hell bent on showing my two boys a different idea of being a man. Even now, when I work with men grappling with their own money-driven demons …I struggle.

You could say I’m struggling with money.

I like to say, I’m struggling for change.
Posted by Cameron Phillips at 10:15 AM